The CDA Institute was delighted to host former U.S. Ambassador to Canada Bruce Heyman at a Special Event on 12 July 2017. Ambassador Heyman was nominated by then-President Barack Obama in September 2013, confirmed by the U.S. Senate in March 2014, and served until January 2017. Below is a summary of the discussion, adhering to modified Chatham House rules, that provides a sense of what was touched upon at this noteworthy event. 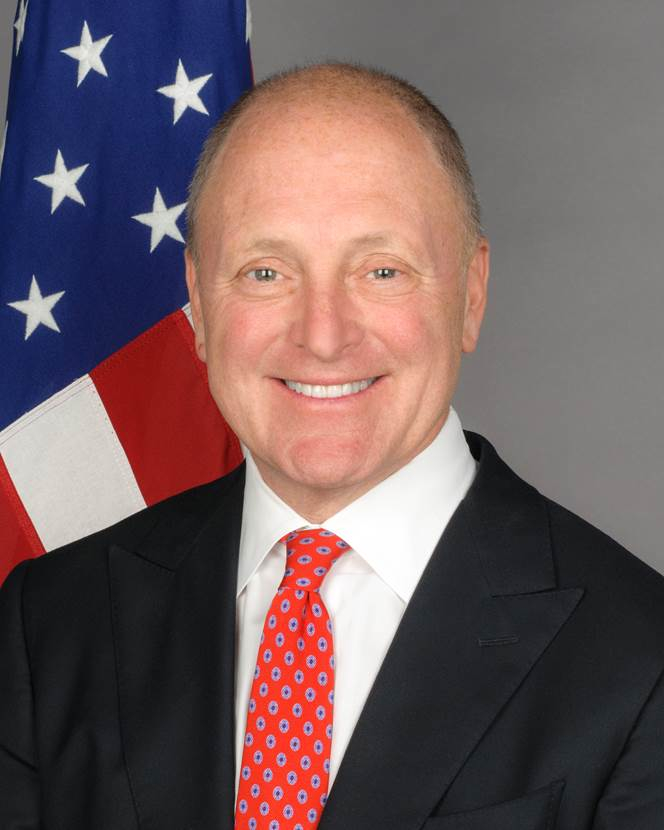 The overarching theme of the discussion was the importance of trust in a relationship, whether it be with a friend or an adversary. Trust is important in any productive relationship between friendly states as it forms the basis upon which discussion and negotiation can take place. For example, there is a significant amount of trust between Canada and the U.S. on a host of issues, ranging from defence and security to trade. While Canada’s multilevel approach to engagement with the current White House Administration appears to be succeeding so far, there is no guarantee that it will work forever. Thus, Canada needs to continue to invest in its own defence and security to ensure that it can independently achieve its interests on the world stage. Failing to do so will leave it dependent upon a U.S. that is increasingly wary and uncertain about its international role.

Russia’s actions during the 2016 U.S. Presidential Election, particularly its attempt to influence the outcome, have broken the trust between adversaries. It is likely that Russia’s violation of this trust will have numerous medium- and long-term consequences, both intended and unintended, for the U.S.-Russia relationship in particular and global stability writ large. One participant likened the potential American reaction to Russia’s election meddling to the American reaction to the launch of Sputnik 1 in 1957 – the Soviet Union’s launch of the satellite shocked the U.S. and spurred it into action, creating several new areas of U.S-Soviet competition during the Cold War.

The effects of that loss of trust can be seen throughout the world. In Europe, Russia has reemerged as the primary threat to NATO due to its revanchist policies in Georgia and Ukraine, as well as its newfound assertiveness in Eastern Europe. In the Middle East, the breakdown in Russo-American relations has exacerbated the conflict in Syria and contributed to increasing geopolitical tensions throughout the region. Without trust being restored to the U.S.-Russia relationship, deescalating tension between the two countries seems unlikely.

Just as worrying is how the policies and rhetoric of the Trump Administration are fraying the trust between the U.S. and its friends and allies around the world. Combatting Russian assertiveness in Europe requires NATO to be strong and cohesive, but the rhetoric coming out of the White House is weakening that cohesion. A weak and divided NATO is detrimental to American, European and global security, so ensuring that the trust between the U.S. and its European allies remains unbroken is clearly critical.

Preserving trust requires a better understanding of the means and methods by which it will be influenced in the coming years. The cyber domain, and its growing importance to states around the world, is perhaps the most important of these. States are now developing cyber tools far beyond those of non-state actors such as hackers or organized crime, giving them capabilities not previously seen before.  As one participant noted, we are currently in the “first inning” of a “cyber arms race”.

Rebuilding trust in a more contested environment will be one of the great challenges facing states in our time. A lack of trust between allies (and between adversaries) makes misperception and miscalculation more likely. Understanding the means and methods of how trust is built, preserved and broken will be key to surviving the coming decades.

Do you want to respond to this piece?

Submit and article. Find out how, here:

Be the first to receive our latest publications, event information, and award program updates by subscribing to our newsletter.
Twitter Linkedin-in Youtube Soundcloud

Your donation small or large, one-time or monthly supports scholarships, fellowships and internships that strengthen our community’s reach and impact.